diciembre 04, 2017
Once flagged as the moment when a Brexit deal could start coming together, a lunch between Prime Minister Theresa May and European Commission President Jean-Claude Juncker in Brussels on Monday won’t be the breakthrough some hoped as recently as a week ago. U.K. officials are managing down expectations.

It’s not just that a deal on the Irish border remains elusive. The issue of what role the European Court of Justice can have post-Brexit has re-emerged as a major stumbling block after a weekend of intense back-and-forth, according to people on both sides. The ECJ has totemic importance for the Brexit backers in May’s Conservative Party, who see it as a symbol of lost sovereignty. On the EU side, it’s a possible deal-breaker as the veto-wielding European Parliament has made clear the court must have a role in protecting the rights of EU citizens living in the U.K. after Brexit.

May is ready to compromise, enraging some party members, but her offer may not go far enough for the EU. A senior British official said she has offered all her party will allow and a rejection at this stage from the European Union could torpedo talks, Tim Ross reports. The U.K. is blaming France and Germany for being obstructive. The EU had set Monday as a deadline for May to come up with concessions on the three main divorce issues if she wants talks to move on to trade by year-end. The U.K. pushed back against the deadline, saying the crucial date is the EU council summit on Dec. 14, and U.K. officials in public and in private played down expectations.

“With plenty of discussions still to go, Monday will be an important staging post on the road to the crucial December council,” the British government said in a statement on late on Sunday.

Some progress appeared to have been made on the thorny issue of the border between the U.K.’s Northern Ireland and EU member Republic of Ireland late last week. Irish Foreign Minister Simon Coveney said Dublin wouldn’t ask “the impossible” of May and it wanted “parameters” rather than a final agreement. But the Irish Times said the chances of a deal on Monday were less than 50:50.

Second Referendum | Fifty percent of voters think there should be a second referendum on the final Brexit deal, a poll by Survation for the Mail on Sunday showed. The first poll since the outline agreement on the Brexit divorce bill also showed that 31 percent don’t think the U.K. should pay anything at all when it leaves. Thirty-five percent expect to be made worse off by Brexit, the Mailreported.

Neverendum? | Labour leader Jeremy Corbyn left the door open to a second referendum on Saturday, saying the party hasn’t made a decision about whether there should be one. Barry Gardiner, the trade spokesman, agreed, but had some more detail on Sunday about why the party thinks it’s a bad idea to commit to one:

He also said a second referendum would open the way to a third, or fourth, plebiscite.

Drug Test Burden | Global drugmakers from Johnson & Johnson to AstraZeneca Plc warned that potential trade and regulatory hurdles will add to their costs after Brexit and harm the country’s reputation as a place to do research. Johnson & Johnson, in one example, estimated that it could face as many as 50,000 additional tests of its products annually at a cost of almost £1 million ($1.35 million) if there’s no mutual recognition of testing between the U.K. and the EU.

Bigger Move | Bank of America Corp., which plans to send about 300 people to Paris for a new regional base after Brexit, has been debating proposals from Chief Operating Officer Tom Montag’s subordinates for even bigger changes, according to people with knowledge of the talks.

Blair’s Crusade | Former Prime Minister Tony Blair is actively working to reverse Brexit, he told the BBC. “It is reversible,” he said. “It’s not done until it’s done.” Funding for the National Health Service, a major pledge of the Leave campaign, is an issue that could help voters change their mind, he said.

Copy-Paste Trade Deals | The government is falling behind with plans to replicate the EU’s network of free-trade agreements so that the U.K. can continue to enjoy them after Brexit, the Telegraphreports. The U.K. wants to copy about 40 trade accords and turn them into bilateral agreements so international commerce won’t be disrupted after the split.

Get Used to It | The U.K. economy’s “lukewarm” growth will continue for some time and may even weaken in coming years, according to the Confederation of British Industry. The CBI sees expansion of 1.5 percent next year and 1.3 percent in 2019, which would be the worst annual performance since 2009.

On the Markets | The pound slipped for a second day as hopes for a swift agreement faded. Sterling traded at $1.3457 early Monday. Even if there is a breakthrough this week, there’s not much room for the pound to rebound further as it’s already priced in, Bloomberg’s Charlotte Ryan reports.
brexit bin coloniabritanicosenespana guiris leavers nacionalidad espanola nacionalidadespanola remainers sejas pardo advocats

Can she do it? Theresa May is surrounded . Even on her own side she has Brexit hardliners pushing her to be bolder, Europhiles wanting her to go softer, and a growing list of lawmakers who want her gone. All this as her key Brexit legislation goes to Parliament, where the fragility of her minority government will be plain to see. That weakness is underlined today as the opposition Labour Party offers her a deal, Bloomberg’s Rob Hutton reports. Telling her she doesn’t “have the authority” to deliver an exit deal that protects jobs and the economy, Labour’s Brexit spokesman Keir Starmer said May should work with the “sensible majority” in Parliament pushing for a two-year transition. There are plenty of her own Tories in that group. A looming deadline to make a deal with Europe looks increasingly out of reach, and EU chief negotiator Michel Barnier is talking openly of planning for talks to break down without a deal. That raises the prospect of Brexit being off the agenda at December’s cruci
Leer más 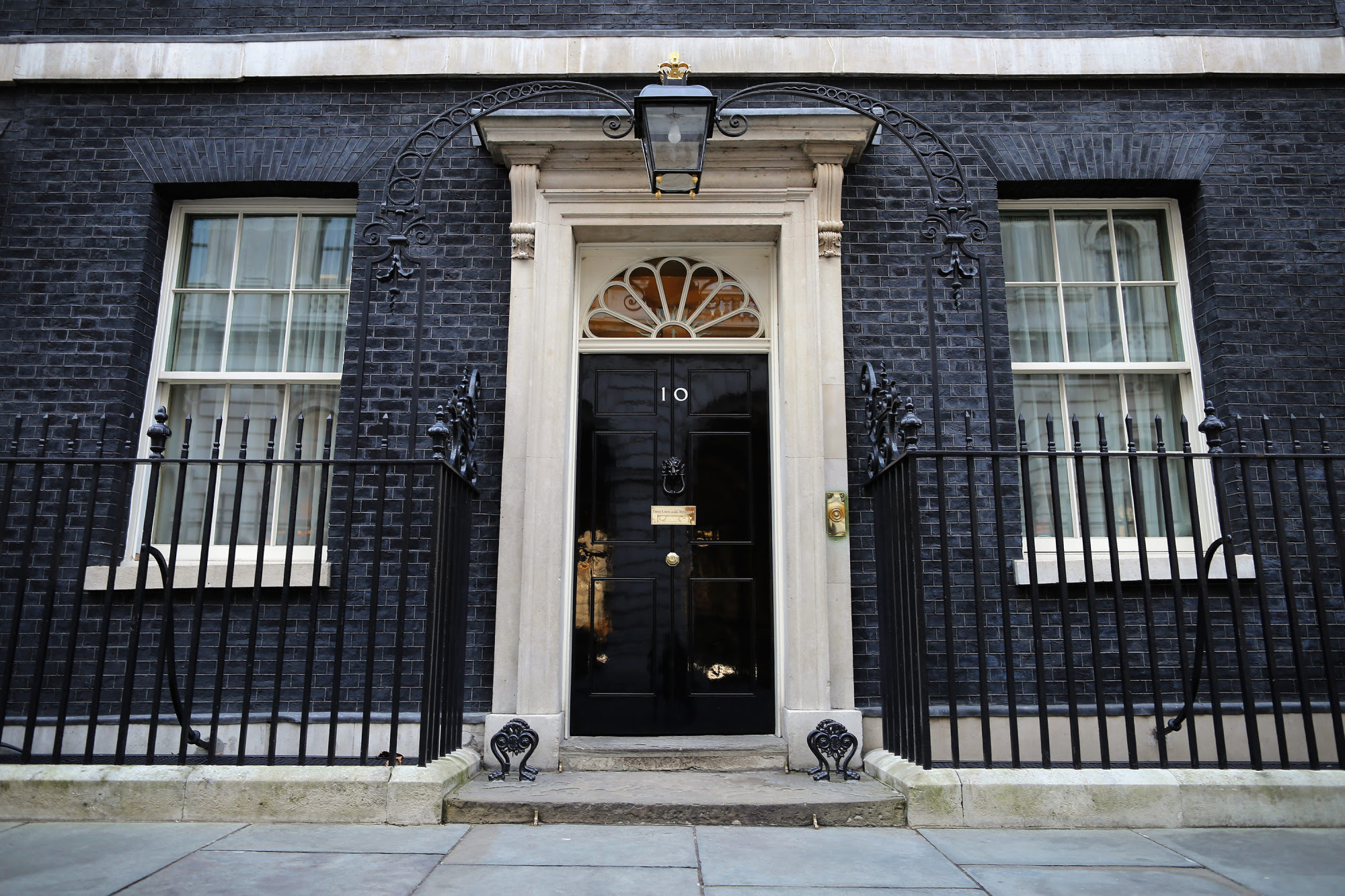 Theresa May won backing from key ministers to improve her offer on the Brexit divorce bill to about £40 billion ($53 billion), ITV News reported. Now the prime minister wants to make sure she’ll get something in return before putting the offer on the negotiating table. May – who hasn’t said anything publicly about the size of a new offer – keeps saying the “U.K. and the EU should step forward together.” That means she doesn’t want to make an offer on the money unless she’s sure she’ll get the green light for trade talks to start in return. It could cost her her job otherwise, as plenty of lawmakers – and voters – don’t think Britain should be paying anything like the sums Brussels is demanding. ITV’s Robert Peston also reported that a key group of ministers agreed that the European Court of Justice will have a role after Brexit for EU citizens. If confirmed, that would be a major breakthrough on citizens’ rights, one of three sticking points blocking the move from divorc
Leer más